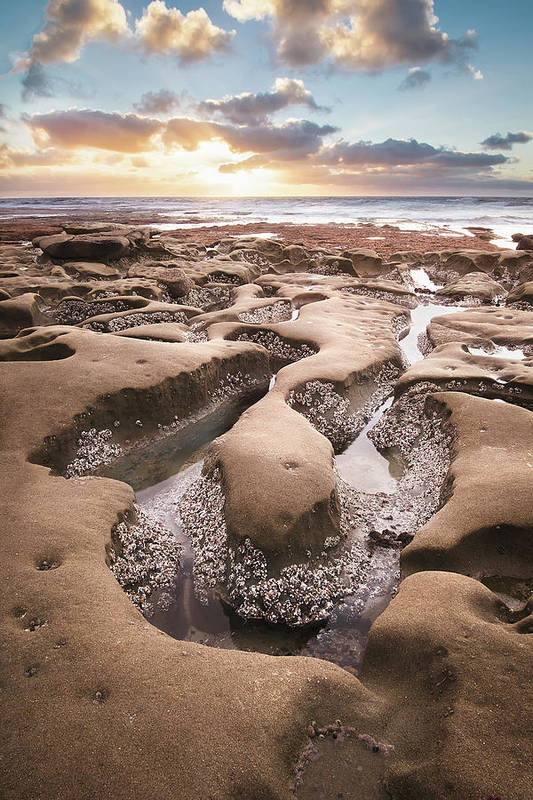 Rolled in a Tube

Hospitals Reef La Jolla art print by Gary Geddes.   Our art prints are produced on acid-free papers using archival inks to guarantee that they last a lifetime without fading or loss of color. All art prints include a 1" white border around the image to allow for future framing and matting, if desired.

This was taken at Hospital Reef, a section of shore in La Jolla California.
My day started out in Anaheim where we were staying while on vacation.... more

CONGRATULATIONS! This piece has been FEATURED on the homepage of the group No Place Like Home,11/6/2022! Way to go! Please post it in the Group's Features discussion thread for posterity and/or any other thread that fits!

Congratulations! Your fantastic photographic art has been chosen as a Camera Art Group feature! You are invited to archive your work in the feature archive discussion. There are many other discussions in the group where you can promote your art even further more.

Stunning work. Congratulations on the features.

Congratulations, your work is Featured in "Photographic Camera Art" I invite you to place it in the group's "2020-2022 Featured Image Archive" Discussion!

Love those rocky curves at hospitals reef, a very beautiful foreground for that lit up sky!

Well done! .... and thank you for sharing with us your wonderful work of art that has been proudly presented on the Home Page of the group, 'ART FOR PASSION - PASSION FOR ART'. If you wish, you may archive it permanently or promote it further in the Discussions Tabs titled, "July Aug Sept 2022 Features."

8/13/22 Congratulation's on your Feature! Wonderful image, thank you for sharing it in 'Photography Masterpiece'.

This was taken at Hospital Reef, a section of shore in La Jolla California.My day started out in Anaheim where we were staying while on vacation. It had been raining off and on during the week and the forecast for this day called for overcast skies with the possibility of showers. I debated if I should head down to La Jolla as it has been on my list of places to photograph. It was noon when I finally decided to just go for it. I made a couple stops before this and the sky was still mostly cloudy. By the time I reached Hospital Reef, I searched for spots that I thought would have the best composition. Although the sky was still mostly grey, the sun was poking through with sun rays in view. As I was moving around, all of the sudden the sky started to clear up and the clouds started to glow with the sun’s golden rays. I quickly returned to this spot I initially picked out and placed my tripod I position. This is the result.